An Interview With the Senior Vice President for GM Global Human Resources Conducted at Le Moyne College on February 11, 2015 as part of Le Moyne’s Madden School of Business Lecture Series.

Q : Did you ever imagine in your wildest dreams that you would be head of hiring labor or in charge of the human resources for all of General Motors?

A : No, I would not say I could have ever seen myself where I am today. When I was enrolled as an undergraduate the economy was suffering. Though my primary goal was finding a job, I remained focused on obtaining a great Jesuit education, which I received from Le Moyne College. I started out studying accounting before I switched to the labor relations program. Working for General Motors was never something I ever wanted to pursue. My dad worked for GM; my brother worked for GM; I wanted to do something different. My dad suggested working at GM over the summer just so I would have something to fall back on before continuing on to graduate school; I had to return to GM post graduate school because the economy was still suffering. I went back and worked on the line again, gaining great appreciation for hard workers. Forty years ago someone got sick; GM noticed my master’s degree and called me into the office. That’s how it happens.

Q : You collaborate with people all over the world and just had some very notable international hires for your corporation. What was it about your education that prepared for your career with GM?

A : First of all, the values taught at Le Moyne are very similar to the values represented and expressed by General Motors. I am fortunate enough to have an incredible leader at GM (Mary Barra, the first woman CEO of a major auto company). She’s a terrific leader; she is a prime example of the values I think you should learn as part of a Jesuit education. These values, including integrity, ethics, hard work, and humility, are the kinds of things we look for in General Motors employees. I hired ten thousand people last year; that’s a lot of people. When we interview we focus not just on how well you did in school, but on the content of your character. 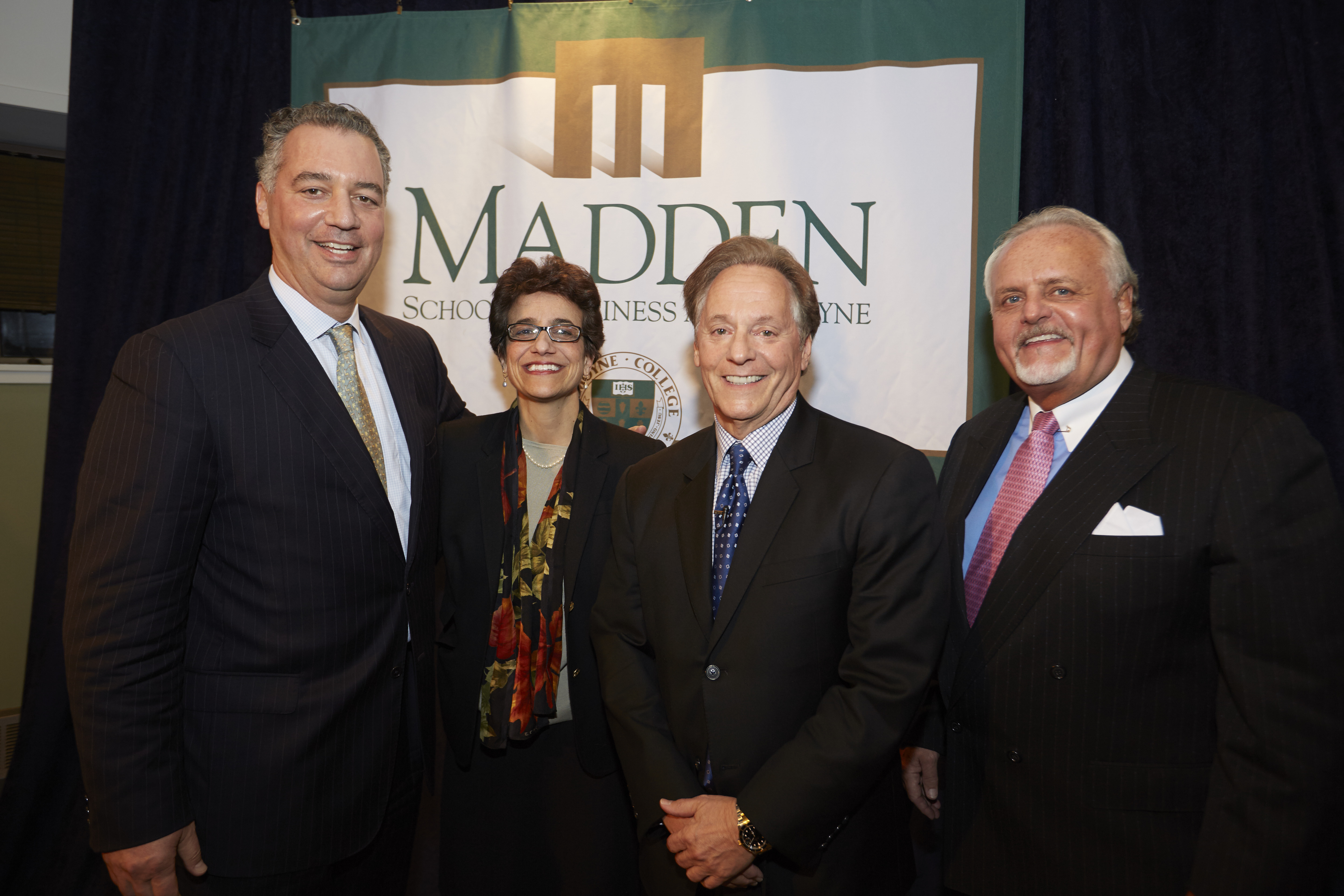 Q : Which of your own personal qualities do you feel has helped you achieve such success?

A : A skill set we at GM always look for are individuals exhibiting excellence, people who are good at what they do and people who focus on who their customer is. This is crucial, as your customer could be the person buying the vehicle from the dealer; it could also be the engineering group you might be providing human or financial resources or services to. We look at people that can build very strong relationships. I’ve focused on building some good relationships; those relationships always help when things get difficult.

Q : What types of things do you take into account when effecting change in the culture of such a historical corporation?

A : Let me revert back to Mary for a moment. So Mary walked into the job in January 2014; there was a lot of publicity about her. Suddenly we got hit with a very serious recall event and it sent shudders through the company. Here she is, on the job for a month, trying to run a 160 billion dollar company around the world and all of sudden she’s on the front page of the newspaper and testifying before Congress, all for the wrong reasons. She could have taken a couple of different tactics but she took the one that was “we are sorry for what happened; we are going to fix it. We are going to make the people right.” I believe, and I think Mary believes, that you change the culture by example. You change the culture through leadership. How she acts, how she leads and her behaviors will be emulated by us, her leaders in the company. If we emulate that then how we act will be copied by the folks that report to us; this cascades down through the organization.

Q : Do you think we are making progress in being able to recognize women as leaders?

A : Yes, I think we are. I think if you look at the numbers, especially in some of the technical fields such as Engineering. We need to get, not just women, but also minorities in the technical fields; the focus on STEM will help us. If you have a good leader you don’t think about whether that leader is a woman, a man, or a minority. You just do not think that way. She’s just a terrific leader. Though I would argue our representation is getting better, I do believe we have a ways to go.

Q : What are your thoughts about the different international relationships that you have had to deal with in your position?

A : Everything is global. When I joined General Motors everything was about the United States. The industry sells somewhere between 14 million and 17 million new and used vehicles per year. It is a very mature industry, as is Europe. It does not rise much above that range and typically it doesn’t go much below that range unless there is some kind of economic downturn. The industry in China could reach 24 million vehicles by 2020, growing at one million vehicles per year. It is incredible the infrastructure they are building. We sell many of our brands there, but Buick dominates. The reason for this is that before the Cultural Revolution in China, Buick was the car for the very wealthy, for the very elite. We had a very smart chairman at the time who suggested, “Let’s build partnerships over there and build some Buicks.”

Q :  I think Mary is a person who followed in the steps of fellow promoted product employees. Is this a sign for the future? Are product people getting into the mix? Or is Mary a trend setter?

A : Well, I could talk about this for hours. We went bankrupt when the banks failed; bankruptcy and failing banks impact people. People were buying cars with home equity loans and other things. These tactics impacted GM. We had to borrow money; when there is no one who is financially able to loan you money, the rest is history.  When you go bankrupt. The first thing people say is usually something as, “Oh they must not know how to run the company.” I get a little defensive around assumptions and statements like this. Let me explain: we had some outsiders come in and they were good leaders, however, none of them knew how to make a car.

There are about thirty thousand parts in a car. There are multiple computer systems. GM has to fight hackers and viruses every day; we have to stay ahead of this all of the time. It is a very complex business. For instance, you might design architecture in America; you might sell millions of vehicles off of that architecture to customers around the world. You might design a Buick in China that might also be a LaCrosse in the United States. Mary Barra knows how to make vehicles; the company and the board recognize her skills. Additionally, she has incredible leadership qualities. A skilled engineer who knows how to make vehicles and can also lead a company and influence its behaviors creates, in my opinion, the perfect leader.

Q : You talked about the complexity of global operations. How do you think about this at it relates to the teams you lead? What do you do to make those teams effective?

A : I’ll answer that in a couple of ways. One of the roles you have as a HR person in a big company is that you are acting as an intermediary. So Mary looks to me and says, “John.” She comes into my office and says, “Those two guys are arguing and I don’t have time; go fix it.” “Go fix it” is a role I play; I go and get everyone working together again. The first way I think about teams is that you have to remove the formality and organization charts. People need to be able to walk into your office and feel they can talk to you about anything. I try to make my teams comfortable so anyone can and will talk and I try to lead by example. This approach demonstrates the Jesuit values I still maintain: Leading and demonstrating by example.

Q : I can hardly get my head around 212,000 employees across the world. Could you speak a little bit to communication?

A : I often say to people, “We live in a life of constant emails.” When you work in a company, remember time differences across the globe: when it is 8 o’clock at night in Detroit it is 8 in the morning in Shanghai; it is a different time in Brazil in this 24/7 world. I also tell people, as I hold up my phone, “You know there is a phone on this thing too. It’s not just for emails. Pick up the phone and call people.” We (in my opinion) have overestimated the effects of emails. We just assume the recipient received the information and that we are covered. Emotion does not come across in an email. You don’t get inflection in emails. Sometimes emails are very terse. 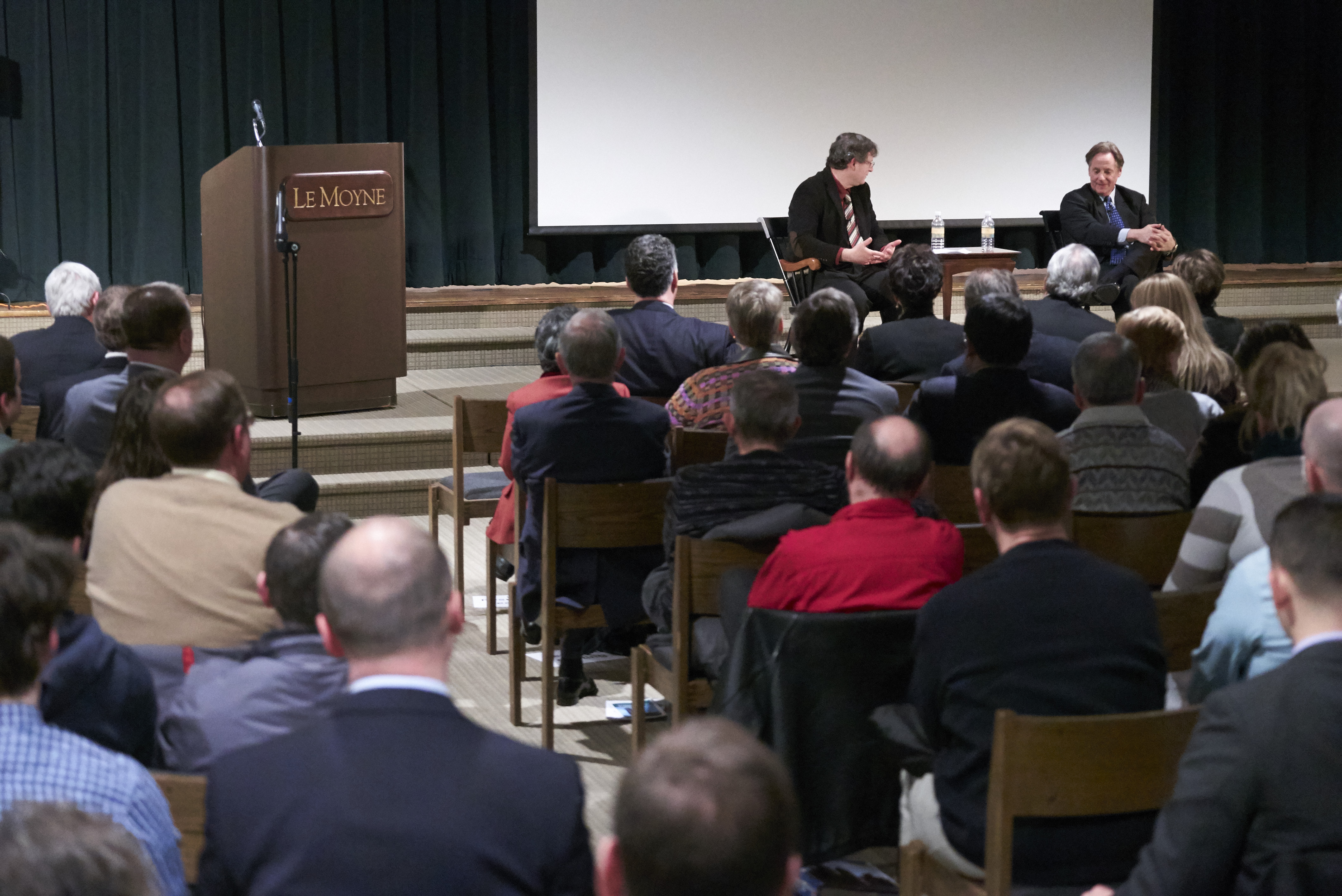 Q : What techniques do you use to keep your employees motivated, keep the spirit in the team?

A : Everyone believes that money is the big motivator or that money is a satisfier. You will never be satisfied with money. Money is an incentive, not a motivator. When we survey people who quit working for our company, we call them a couple of weeks afterwards and inquire, “Why did you quit?” Typically, the answers follow, “I just didn’t have a good supervisor. I didn’t have someone looking out for me.” We discover that this is the primary reason most people leave. From a motivational standpoint, encouraging people, empowering people and enabling them to make decisions, works.

The other primary motivator is working on and being involved with exciting projects. In the company, we use our product: everybody loves their car. You all love your cars. We use the product as a motivator. We make stuff that’s cool. They write songs about our stuff. I think our product is the biggest motivator for an employee.

Q : You are one of these guys; you worked your way up from the bottom to the top. Do you have any advice for others?

A : I get asked that question quite a bit. First, I tell people that the principle of individual excellence is important. The second thing I mention is that you need to know your customer and you need some exposure; this is very important. I also advise people to find a mentor. A mentor does not have to be a vice president. Everybody wants to get a vice president as a mentor. They assume that having such a mentor will increase their chances of being promoted or “pulled up.” Find someone who expresses the same values, someone with a good sense of judgment to guide you as you learn. Follow their advice and model their behaviors. We measure two things in General Motors when we complete the performance review: how well you accomplished your goals, and how effective your behaviors were in achieving your goals. The last piece of advice I say is, “Sometimes, you need a little bit of luck.”