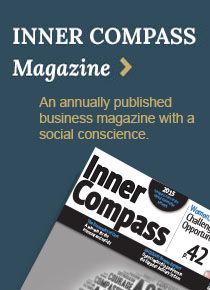 In the early years of this century, Italian professors Stefano Zamagni and Luigino Bruni founded and developed a movement called Civil Economy, which is an essay on rethinking Capitalism. They say Market Economy, because Market Economy and Capitalism are considered two different entities. Civil Economy is not just a theoretical movement, but also practical. Not only do professors take part in it, but more than nine hundred Italian entrepreneurs and CEOs. Zamagni and Bruni believe Capitalism is a wrong interpretation of Market Economy. Capitalism is based on the idea of maximum profit as the sole economic goal in the market. In this Capitalist spirit, no one cares whether a product or a service is necessary to the society or not, but instead on how good the profit is. Anything goes, as long as no laws are broken.

Nevertheless, Market Economy was founded in the Middle Ages according to three ideas, following the Franciscan spirit (Pietro di Giovanni Olivi and John Duns Scotus, both in the 13th century), which was very important in those first moments: 1- profit, 2-social service, and 3-reciprocity. This began in the Middle Ages and continued during the Italian Civic Humanism in the 15th and 16th centuries until the Italian Enlightenment in the 18th century, represented by the schools of Milan and Naples. For instance, Franciscans created the Monti di Pietà as a way of battling usury and curing poverty. In the constitutional act of the Bank of the City of Ascoli Piceno, in 1458, it is said the institution was established “to sustain and feed the poor citizens of Ascoli and other places, especially those who are ashamed, and those who blush with embarrassment as they seek alms from door to door”. The Monti were the first popular banks in Western Europe.

We understand the first idea very well, profit. Let us introduce the other ideas. Social service is when we offer a product or a service in the market. We try to help the society, by giving it something good, like clothes, food, housing, possibility of travelling, energy, etc. We do not introduce something that we know is evil, even if it is legal: culture of violence, sexist services, land mines, cheap cigarettes, abortion methods, among many other examples. If we know that a product will contribute to an inhumane society, we do not make it. But if we know the society will be better with a certain product that we can put in the market, we will do it. In only one sentence: market should make society be better.

The idea of reciprocity is quite clear too. If I take care of the society, in the long term, society will take care of me. Gift and contract are not alternative modes of regulating human relations, but two different ways of articulating the meeting of different agents in the market. We understand this idea very well in micro-societies like families or communities: if anyone takes care of the common good in a family, in a group of friends, or in a neighborhood, it is quite probable that everybody will be happier. Why not act in the market as we do in micro- societies? This instance happened in the Middle Ages, according to Zamagni and Bruni’s research, but disappeared with the Liberal philosophy and the industrial Capitalist system from the end of the 18th century up to today. Capitalism finished with the ideas of social service and reciprocity, while keeping the idea of profit. We could say Capitalism made Market Economy die which looks like a contradiction, but is not.

Zamagni and Bruni say in their book, Civil Economy: Efficiency, Equity, Public Happiness that “the image of society typical in this period of European history [first Industrial Revolution] reflects a dichotomous social order built upon two basic institutions: the state and the market.” Therefore, “From the perspective of social theory, the liberal thought emphasized the pillar of the market, whereas the socialist tradition emphasized the pillar of the state. This dualistic representation shaped the template of all theoretical reflection of political economy that has occurred since then: The economy is private when it deals with the market; it is public when it involves the actions of the state. However, there is something more. From the mainstream perspective, the market is conceived as the place where the individual’s self- interest goals are pursued, and the contract is its main regulatory tool. The  state, instead, is considered the monopolist of political action exercised throughout the realm of law. Contracts and laws, therefore, are the two basic instruments in this dichotomous social order. In such a vision, there is no room for the civil society organizations: They exist in practice, but they reside in a sort of theoretical virtual reality”. As we can see, the economic thought was divided into two different positions: 1-the market is for free exchanges, and 2-the state is for social care. Nevertheless, that was a mistake. The market can also include social care, which doesn’t need a huge state.

Civil economy has three principles: 1-exchange of equivalents (the contract), 2-redistribution of wealth or income, and 3-the gift-as-reciprocity. These three principles can be summarized in a unique idea: common good. That is why Civil Economy is also called Economy for the Common Good. We should understand freedom as “freedom to” better than “freedom from”. Capitalism is based on the idea of “freedom from”: the absence of bonds and constraints. Original Market Economy, and modern Civil Economy too, is based on the idea of “freedom to”: fraternity, community, reciprocity. Fraternity is not the same as solidarity: fraternity emphasizes the diversity between equals, whereas solidarity emphasizes identity between different people. Unfortunately, Market Economy principles were divided into two different systems, Capitalism (“freedom from”) and Socialism (social justice principle), but the challenge of Civil Economy is rebuilding a unique system with those principles.

Zamagni and Bruni know well that Market Economy has had episodes of degeneration in its long history, like criminal organizations, alliances between big corporations and dictatorships, oligopolies. They say “the market, by its own nature, is not obliged to function according to rules that allow such degeneration”. Among the good examples of this, they mention Economy of Communion, microfinance, Fair Trade, social enterprises, and social- quality markets. Now, we have a very courageous economic proposal coming from Italy, not just theoretical, but also practical, involving hundreds of entrepreneurs and CEOs. The world economic crisis has proved that our global system needs deep reforms. As the Pontifical Council for Justice and Peace wrote in 2011, in the document “Towards Reforming the International Financial and Monetary Systems in the Context of Global Public Authority”, “the inequalities and distortions of capitalist development are often an expression not only of economic liberalism but also of utilitarian thinking: that is, theoretical and practical approaches according to what is useful for the individual leads to the good of the community. This saying has a core of truth, but it cannot be ignored that individual utility even where it is legitimate does not always favor the common good. In many cases a spirit of solidarity is called for that transcends personal utility for the good of the community”.

The Pontifical Council then speaks about the necessity of a world political authority to serve the common good, an idea already stressed by the Pope John XXIII in the encyclical Pacem in terris (1963) and retaken by popes John Paul II and Benedict XVI. Nevertheless, even if the project of a world political authority could be interesting, it is better to try to rethink Capitalism as the original Market Economy: 1-profit, 2-social service, and 3-reciprocity. Not just profit. Modern Capitalism was built over the idea of profit. We should find it again in this century over the category of common good. There are already some very interesting experiences, like the Tata Group in India, the “Mondragon” cooperative in the Basque Country (Spain), “La Fageda” and “L’Olivera” cooperatives in Catalonia (Spain), the Fair Trade, or the triple bottom line management at “Sonae Sierra”. How many excuses do we need in order to keep halting work in the humanistic direction?