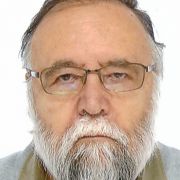 Since 2011: emeritus professor (retired) at the University of Antwerp keeping some academic responsibilities until 2021.